Founded in 2008 by Rodney Brooks, a professor at the Massachusetts Institute of Technology, Rethink was known for its Baxter and Sawyer cobots. 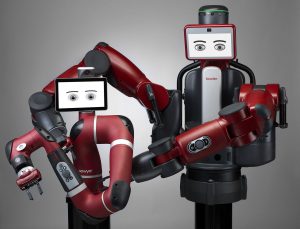 Rethink Robotics, a pioneering firm in the development of collaborative robots – or cobots – has shut down.

The Boston, Mass.-based company closed its doors on Oct. 3.

As reported in the Boston Globe, Rethink had been exploring a deal to sell itself to another firm, but the acquisition fell through at the last minute. “We thought that we had a deal that we were going to be able to close,” Rethink chief executive Scott Eckert told the Globe.

According to the Globe, Rethink had been running low on cash after disappointing sales of its cobots.

Founded in 2008 by Rodney Brooks, a professor at the Massachusetts Institute of Technology, Rethink was known for its Baxter and Sawyer cobots, both of which used animated faces to communicate with their co-workers, and were designed for easy programmability and to work safely alongside humans. The cobots had long, articulated arms designed to make them perform highly repetitive rote tasks, such as parts assembly or packaging products for shipment.

The Sawyer cobot appeared on the cover of the September 2016 issue of Canadian Plastics. 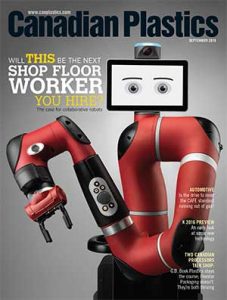 The September 2016 issue of Canadian Plastics.