Wallace succeeds retiring managing director Joe Ottenhof, who will take a seat on the company’s board of directors. 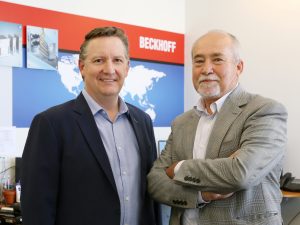 Wallace takes over the leadership role previously held by Joe Ottenhof, who is retiring, but will remain with the company on the board of directors.

“Calvin was the second employee I hired to work at Beckhoff Canada and has been with us since 2006,” Ottenhof said. “Since then, he has maintained an impressive record of achievement without blemish and he is the most qualified person imaginable to lead Beckhoff Canada into our next phase of rapid business development.”

Wallace has worked at Beckhoff for more than 12 years in sales management positions, initially focused on Southwestern Ontario, but has since spread out his responsibilities to include management of sales and application engineering activities across the country.

Beckhoff Canada has also recently opened a regional office in Laval, Que., and expanded its sales coverage in Vancouver, B.C.