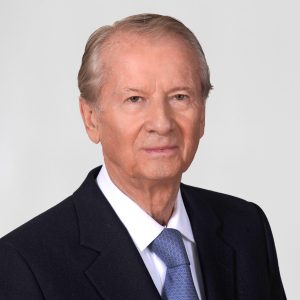 Blow molding pioneer Gottfried Mehnert, the founder of Bekum Group and a member of the Plastics Hall of Fame, passed away on Aug. 1 at age 87.

Mehnert developed his first blow molding machine at age 21, and founded Bekum Maschinenfabriken GmbH in Berlin in 1959. The company has delivered more than 18,000 machines in over 100 countries to date, and has filed over 40 patents.

“At the time of Bekum’s foundation, it was common practice to inflate and shape the extruded parison from the bottom,” Bekum officials said in a news release. “One of the most remarkable inventions of Gottfried Mehnert, which represents today’s industry standard, is the development of a method to blow the bottle from the top and the world’s first neck finish calibration, which, for the first time, made the tight closure for bottle caps possible.”

Mehnert’s inventiveness paved the way for other pioneering developments in the extrusion blow molding machine sector, Bekum said, including PVC blow molding for edible oil and water bottles in the 1960s and the invention of the world’s first double-sided shuttle machine, which was first presented at the “K” plastics trade show in Düsseldorf in 1963. In the 1970s, the well-known co-extrusion process, consisting of three-layers, became six-layer co-extrusion through further development by Mehnert. “It was the six-layer co-extrusion that opened up new markets for oxygen-sensitive products and diffusion-tight fuel tanks,” Bekum said. Further inventions included tie-bar-free clamping systems at the end of the 1980s.

Mehnert was inducted into the Plastics Hall of Fame in 2006, and in 2016, he turned the management and shares of the Bekum Group of companies – which includes Bekum Maschinenfabriken GmbH, Germany; Bekum Maschinenfabrik Traismauer GesmbH, Austria; and Bekum America Corp. – over to his son Michael.