Stark, 81, had a 50-plus year career in the plastics industry, ultimately serving as Bekum's chairman. 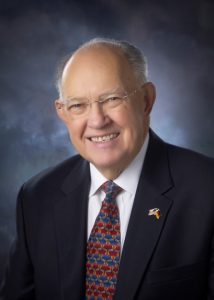 Martin Stark, former chairman of blow molding machinery maker Bekum America Corp. and a member of the Plastics Hall of Fame, passed away in Michigan on Nov. 21 at age 81.

Born in Germany, Stark moved to the U.S. in 1969 and began his career as a manager at the Battenfeld Plastics Machinery Corp. In 1981 he joined the newly formed Bekum America, which had been established two years earlier by its German parent company Bekum Maschinenfabriken to build its blow molding machines in North America.

Stark first served as materials/operations manager for the Williamston, Mich.-based company, and then as vice president of operations. He became president and CEO in 1992, and chairman in 2010. Stark retired in September 2021.

According to the Plastics Hall of Fame, Stark was very involved in workforce development and apprenticeship programs during his 50-plus year career, including as an early advocate for the K-12 PlastiVan program and as a supporter of plastics educational programs at various community colleges and universities. According to Bekum America officials, one of Stark’s biggest educational accomplishments was the introduction of a German-style apprenticeship program which covered apprentices’ college tuition in a work-study program in conjunction with Lansing Community College in Michigan. “More than 50 per cent of Bekum’s manufacturing workforce has been trained in the award-winning apprenticeship program,” they said.

Stark also served on the U.S.-based Plastics Industry Association trade organization in numerous roles, including serving on the board of directors and as chairman of the machinery division from 1996 to 1998. He was inducted into the Plastics Hall of Fame in 2018.