Asiamold 2020 postponed due to coronavirus outbreak

Scheduled for the end of February, the collocated Industrial Automation Fair Guangzhou (SIAF) has also been postponed. 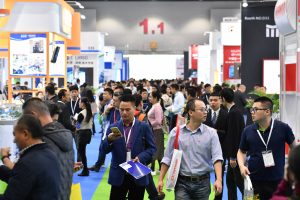 The deadly coronavirus outbreak in China has caused the postponement of the upcoming Asiamold 2020 trade show, originally scheduled for Feb. 26-28 at the China Import and Export Fair in Guangzhou.

New dates for the shows have not yet been announced.

“The well-being of all our stakeholders is paramount, so following the announcement by the Guangdong government to strengthen the epidemic prevention efforts by suspending all large-scale trade and economic events, we immediately began taking steps to postpone these two fairs to a later date,” Hubert Duh, chairman of show organizer Guangzhou Guangya Messe Frankfurt Co. Ltd., said in a Jan. 29 statement. “We are in communication with the relevant government authorities and venue owners about rescheduling the fairs later this year, but due to the evolving situation in the country, it is too early to provide any details on this.”

Asiamold is an international trade fair for moldmaking and tooling, design and application development, which takes place annually in Guangzhou. It is the Asian sister of the EuroMold show in Frankfurt, Germany. Last year, Asiamold and SIAF had over 988 exhibitors and drew approximately 98,700 visitors.