The facility in Taichung opened with a ceremony on Sept. 22 that was attended by company officials and 150 customers and local representatives.

The subsidiary, which was initially announced in April, takes over from Arburg’s long-time sales rep in Taiwan, C & F International Corp. Arburg’s cooperation with C&F will continue for at least the short-term, the company said, with C&F selling peripheral processing equipment and continuing to take care of some key accounts. “However, the new Arburg subsidiary will completely take over the work of the after-sales service, which will ensure continuity in support for the Taiwanese market in every respect,” Arburg said. 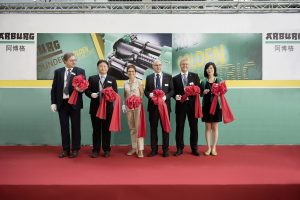 The subsidiary is being managed by Michael Huang, who worked previously in management and sales at materials manufacturer GE Plastics and Sabic.