Located in Samutprakarn, one of Thailand's leading industrial regions, the new facility is Arburg's largest showroom in Southeast Asia. 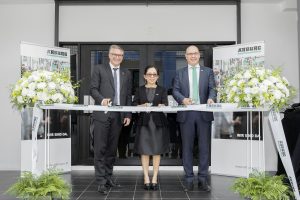 “We are very proud to have the largest Arburg showroom in Southeast Asia because of the new premises,” said Ratree Boonsay, managing director of Arburg Thailand.

Arburg in Thailand was initially managed by a representative office of Arburg Pte Ltd, In 2001 Boonsay took over the management of the newly founded subsidiary.

Samutprakarn is one of Thailand’s leading industrial regions, Arburg said.