The rebranding of the flexible films manufacturer comes on the heels of Treofan being acquired by Toronto-based CCL Industries. 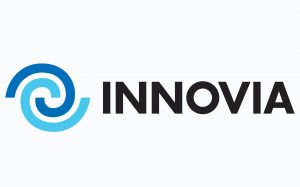 “The purpose is to unify the new larger company which has a broader global footprint and to align the branding closer to the CCL corporate styling,” CCL said in a statement. “This achieves the stated objectives and gives the larger films segment the opportunity to harmonise its global identity under a refreshed contemporary brand. We are very happy with the new design. Working together with the agency, [we] have managed to capture the essence of what Innovia Films does while transitioning the brand closer to CCL’s.”

Innovia Films is a producer of biaxially oriented polypropylene films. It has production facilities in Australia, Belgium, Mexico, and the U.K.

Innovia Films was bought by CCL Industries for $1.13 billion in 2016. CCL Industries then acquired Treofan America and Trespaphan Mexico Holdings for approximately $255 million earlier this year. CCL said the transaction followed a period for Innovia in which it “substantially enhanced the capabilities and performance” of its film business.