The two new plants in Wisconsin are intended to support growth of its Sharp Packaging Systems brand. 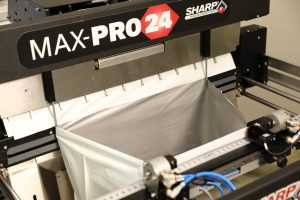 The Deerfield, Ill.-based company opened a new film converting facility in Elkhorn, Wis., and a new machinery assembly facility in Germantown, Wis., both designed to meet what the company calls “growing e-commerce demands” for its Sharp Packaging Systems brand.

“Production has been moved from nearby East Troy, doubling the number of converting lines,” Pregis officials said in a news release. The facility converts multilayer coextruded polyethylene film – which has been blown at its plant in Sussex, Wis. – into pre-opened bags supplied on a roll or in a box. “The bags are used with Sharp Packaging bagging equipment at fulfillment centers to package and ship a broad variety of soft goods, pharma/nutraceuticals and other non-fragile products,” the news release said. “The high-output equipment only requires a small number of operators, enabling packers to social distance.”

To support the increased demand for equipment, Pregis is also moving its equipment assembly operations from the current Sussex facility to a new location in Germantown, Wis., in Q2. “This move enables more efficient assembly layout, double the production space to support current and future growth, and allows additional space for further expansion of its poly converting capacity at the current Sussex facility,” the company said.

“The shift to e-commerce from traditional retail outlets has been significantly amplified by the Covid-19 pandemic. To help meet demand from companies who use bagging equipment for their products, we have doubled the facility’s converting capability by installing additional lines,” said Mike Menz, division president. “Further, by relying on a three-level vertical integration approach, we are able to control quality every step of the way. This offers fulfillment operations using our equipment the most reliable approach to trouble-free bagging.”