Developed by chemists from RUDN University in Moscow, the technology makes it possible to double the length of ethylene chains in comparison with those obtained by existing methods for polymers synthesis. 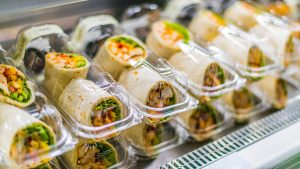 Polyethylene (PE) is a network of linked ethylene chains, and the longer the chains in the composition of polyethylene, the more stable the resulting network of polyethylene to stress and tension. Now, chemists from RUDN University in Moscow, Russia have developed a new PE production technology which they say can help in producing more durable and flexible PE material.

The new technology makes it possible to double the length of ethylene chains in comparison with those obtained by existing methods for polymers synthesis. The chemists synthesized new types of reagents to achieve this.

The scientists began experimenting with a widely used magnesium-based reaction initiating agent, which ensures the growth of ethylene chains at low (below 100 °C) temperatures. It consists of four alkyl groups, two for each magnesium atom. The use of this agent in the polymerisation reaction at a temperature of 40 °C allowed the chemists to obtain five chains of ethylene with a length of 16-20 molecules. By increasing the temperature of the solution to 80 °C, they could obtain ethylene chains of 70-150 molecules in length, but these chains turned out to be unstable, with a tendency to split into short components.

So, the researchers came to the conclusion that, rather than synthesising both long and stable ethylene chains, they could instead use a different reaction initiating agent, so that each alkyl group is bound to only one magnesium atom. They managed to create such an agent and start the polymerisation reaction with it. As a result of the experiment, the researchers obtained three PE chains up to 46 molecules long at 40 °C. The obtained samples of PE were more flexible and durable compared to those that were created using current techniques.

All three catalysts, in combination with the new initiating agent the researchers created, gave similar results: PE chains up to 46 molecules in length. The PE sample synthesised by the new method turned out to be more durable and flexible in comparison with the PE created on the basis of an ordinary reaction initiating agent.

According to the researchers, the technology has prospects for industrial applications in the production of plastic for food and bioprostheses used to replace malfunctioning native or prosthetic aortic and/or mitral heart valves.