An Ontario plastic packager has merged with a New York counterpart to form what’s being called the “largest plastic box manufacturer in North America.” 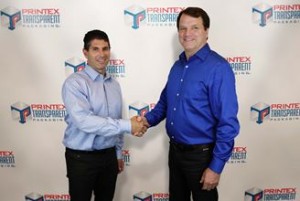 “More and more companies such as Wal-Mart are choosing to re-shore production of their goods as manufacturing has become more feasible and affordable in North America,” Transparent Packaging said in a statement. “This merger works to keep valuable packaging jobs in Canada and the U.S. while offering producers of consumer products consistent quality and faster turnaround times. The newly combined company Printex Transparent Packaging is now uniquely positioned to supply the industry and bring even greater value to packaging on-shore.”

Printex Transparent Packaging will sell to the trade as a subcontractor and direct to consumer brand owners and offers solutions that can be hand-packed or filled on automated packaging lines. The new company will also work with equipment manufacturers to help automate their client’s plastic folding carton assembly process.

Printex Transparent Packaging will service clients across North America from its production facilities in New York and Montreal, while also producing in China for overseas assembly.

Brands such as Glade, Sally Hansen, Chanel, Bacardi, Energizer, Crest, Hershey’s and more have already lined up to work with Printex Transparent Packaging, the statement said.