Pyle has more than 30 years of experience in the automotive sector. 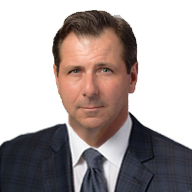 Graham Packaging has turned to the automotive sector to find its new president and CEO.

The Lancaster, Pa.-based firm has appointed auto industry veteran Robert Pyle to the role, succeeding interim CEO Doug Owenby, who will return to his role as chief operating officer of Graham.

Pyle has more than 30 years of experience in the auto sector, Graham officials said in an Aug. 2 new release, and most recently served as executive vice president of Dana Inc. and president of light vehicle drive systems, Dana’s largest business. Pyle has held various other leadership roles in the automotive industry, including president of Asia Pacific at Dana, general manager at Yanfeng Visteon – both based in Shanghai, China – and at ASIMCO Technologies headquartered in Beijing. Pyle began his career at Ford Motor Co., and later Visteon, holding roles in finance, sales operations, product development, manufacturing, and general management.

“The packaging industry has many parallels to the automotive industry, where meeting customers’ evolving needs and ensuring that products meet the increasing demands of today’s consumers are critical for success,” Pyle said. “I look forward to leading Graham in maximizing its global growth opportunities while continuing to create innovative packaging solutions driving a more sustainable future.”

“[Pyle] is a particularly strong match for Graham strategically as we pivot from a primary focus on waste elimination to a stronger emphasis on growth,” Owenby said. “[He] has consistently demonstrated the ability to lead large organizations through highly successful operational and commercial transformations, to achieve impressive growth in both revenue and profitability.”