Roegner replaces outgoing president Mike Schmitt effective mid-November, and will be based out of Amcor Rigid Plastics’ headquarters in Ann Arbor, Mich. 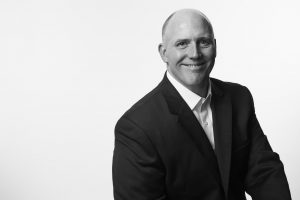 Roegner replaces outgoing president Mike Schmitt, and will be based out of Amcor Rigid Plastics’ headquarters in Ann Arbor, Mich.

Schmidtt, who has led Amcor Rigid Plastics since June 2011, will become executive vice president of Amcor Ltd. “In this role, he will continue to manage the Bericap North America joint venture, remain executive sponsor of certain Amcor global customer relationships and, importantly, support the integration of the previously announced Bemis acquisition to leverage his prior 25 years of flexible packaging experience,” Amcor said in a statement.

Roegner worked for 12 years in executive leadership roles with Arconic Inc., previously known as Alcoa Corp. Arconic develops, engineers, and makes materials and components for customers in the aerospace, automotive, commercial transportation, packaging and other industries. Most recently, he was executive vice president and group president of the US$6 billion Arconic Engineered Products and Solutions business. Earlier in his career, he was a partner at McKinsey & Co.

Headquartered in Australia, Amcor employs 33,000 workers in 200 locations in more than 40 countries, and reported more than US$9 billion in sales last year. The company has two reporting segments: Flexibles Packaging and Rigid Plastic.