The initiative is in line with Coca-Cola’s pledge to eliminate new virgin oil-based PET in all of its bottles within the next decade. 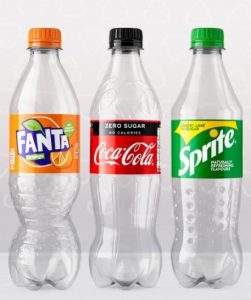 In a move to help eliminate the use of virgin PET in all its bottles within the next decade, Coca-Cola in western Europe will produce certain bottle types in Norway and the Netherlands from 100 per cent recycled polyethylene terephthalate (rPET), beginning in October 2020, and reduce its use of virgin plastic derived from fossil fuels.

In the Netherlands, all locally produced small bottles, including the Coca-Cola, Sprite, and Fanta brands will be produced from 100 per cent rPET, with larger bottles to follow in 2021. This does not apply to the Coca-Cola/Fanta Orange 250ml bottles, Aquarius/ Minute Maid 330ml or Sprite 375ml, which are produced in France and Belgium.

And Norway will transition to 100 per cent rPET for all locally produced bottles during the first half of 2021. The switch will not, however, apply to its Fuze Tea and Powerade brands.

The use of deposit return schemes in both countries was mentioned as a key enabler for the move to rPET.

In a statement, Coca-Cola said the switch to recycled plastic in Netherlands and Norway is made possible by the rapidly expanding and effective Deposit Return Schemes (DRS) operational in both countries. “Markets with well-designed DRS such as those in Sweden, the Netherlands and Norway not only have high collection rates but also have the capacity to collect a higher grade of material with less contamination,” said Joe Franses, vice president of sustainability at Coca-Cola European Partners.

The initiative is in line with Coca-Cola’s pledge to eliminate new virgin oil-based PET in all of its bottles within the next decade and increase the use of 100 per cent rPET in Western Europe.

Coca-Cola will be the first company in Norway and the Netherlands to move its entire portfolio of locally produced plastic bottles to 100 per cent rPET, the company added.