U.S. lifts tariffs on imports of aluminum from Canada

But the Trump administration also warned that the tariff could be reinstated if there is surge in imports from Canada. 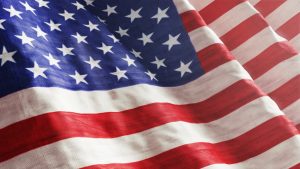 The Trump administration formally signed a proclamation on Oct. 27 that lifts tariffs on imports of aluminum from Canada, but warned that they could be reinstated.

But the proclamation reserves the right to reimpose the 10 per cent levies, ostensibly on national security grounds, if aluminum exports spike again before the end of the year.

The proclamation, which adjusted imports of aluminum into the U.S., came after the U.S. Trade Representative’s office said last month it will resume duty-free treatment of Canada’s aluminum retroactive to Sept. 1.

The tariffs, first imposed in 2018, were reinstated briefly in August in response to what the U.S. Trade Representative’s office said was an unauthorized increase in Canadian exports. Aluminum producers in Canada disputed the claim, arguing that they were forced to retool their product lines as a result of a pandemic-related drop in demand for specialized components.

“I have determined that imports of aluminum from Canada will no longer threaten to impair the national security,” the proclamation reads. “I may reimpose the tariff — in the event that the volume of imports of these articles from Canada in the remaining months of 2020 exceeds the quantities that the United States expects.”

Approximately 80 per cent of Canada’s primary aluminum production is exported to the U.S.