Don Starkey Sr., the founder of Wauconda, Ill.-based mold components supplier Progressive Components, has died at the age of 84. 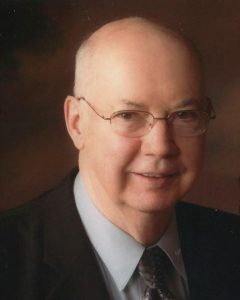 Starkey passed away on February 20, from pneumonia after a long battle with Parkinson’s disease.

Starkey began his career as a moldmaker, and later formed Midway Mold, a Chicago-area mold shop that he sold in 1969. He then started D&L Incorporated in 1970, as an independent sales rep for several mold building companies. In 1987, D&L – which stands for Don and his wife Lois – began distributing components for molds. Three years later, he joined Cam Fran Tool as their sales manager, and D&L was purchased by Starkey’s sons, Don Jr. and Glenn in 1990. The company then became Progressive Components.

After his retirement, Starkey worked for the American Mold Builders Association for $1.00 per year organizing trade shows and working these exhibitions to promote American mold building.

“Despite the recent years of health struggles, Dad’s eyes would always light up when the topic turned to shop talk,” Glenn Starkey said in a statement. “Updates on new products, recent trade shows, and discussing how the industry was doing, was always a conversation he enjoyed.”