The drop in spending is directly related to reduced launches from the Detroit Three automakers, the new report from market research firm Harbour Results says.

North American automotive vendor tooling spend will be $8 billion in 2019, a new report says, which is a decreased amount compared to 2018, and driven by the decreased number of North American vehicle launches predicted between 2019 and 2021.

The analysis, from Southfield, Mich.-based market research firm Harbour Results Inc. (HRI), predicts that 153 new vehicles will be launched between 2019 and 2021, versus the 183 new vehicles launched in North America between 2016 and 2018. Furthermore, HRI said, the Detroit Three automakers, who source most of their tools in this region, are forecasted to source only nine vehicles in 2019.

“The industry experienced a boom in 2017 with $10.3 billion in tooling spend and, based on the data, we expected 2018 to reach over $11 billion,” said Laurie Harbour, HRI president and CEO. “However, due to a number of vehicle cancelations and delays, we are predicting the year to be closer to $9.2 billion.” 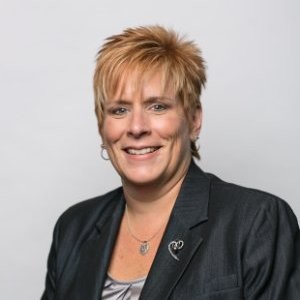 As a result, Laurie Harbour said, the industry is $2.2 billion below forecast through first three quarters of 2018, resulting in a six-point dip in tooling shop utilization to 79 per cent.

HRI anticipates that some of what was planned for 2018 will spill into 2019 to help level out the tooling spend for the next three years. “In addition to the 2019 forecast, we estimate future North American tooling spend to remain relatively stable with 2020 totaling $8.2 billion and 2021 at $9 billion,” Laurie Harbour said.

“This forecast is based on current data and information, but issues like tariffs, automaker restructuring, and/or an economic recession could drastically impact the forecast resulting in a dip in tooling spend as much as $2 billion,” she added. “As the tooling market contracts, it is important that shops, specifically small shops that benefited from the increased outsourcing in 2017, prepare for the future. It is important that tool shops continue to focus on improving operations, smart investment in people and technology and strategic planning to remain competitive in the near and long term.”