The Austrian moldmaker, which previously was the majority owner of Ontario toolmaker Tesan Mould, has a new facility in Charlotte, N.C. 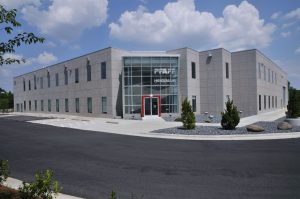 Austria-based toolmaker Haidlmair Group, which bought a majority stake in Concord, Ont.-based moldmaker Tesan Mould Inc. in 2015, is investing in expanding into the U.S. by sharing space with German moldmaker Pfaff Molds at that company’s facility in Charlotte, N.C.

Haidlmair, which established it first U.S. service centre in 2012 before the Tesan Mould acquisition, sold Tesan back to the original family owner last year.

“In the discussions with Pfaff Molds, it very quickly became clear that we are on the same wavelength and expect many positive synergies in the future,” managing director Mario Haidlmair said in a statement. “We see the North American region as a market with potential and want to be able to serve our existing customers even better.”

As a first step, the location will be used as a sales office and a service and mold maintenance centre, Mario Haidlmair added.

Haidlmair was founded 1979 and has approximately 300 employees.