Flack, the CTMA's former vice president, has over 28 years of experience in the Canadian tooling industry. 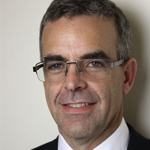 Flack, of Richmond Hill, Ont.-based Hibar Systems Inc., was the CTMA’s vice president for the past two years. He replaces outgoing president Steve Watson, who has served since January 2017.

Flack started his career with Hibar, which makes liquid dispensing and filling systems, in 1990, after graduating with a Degree in Mechanical Engineering from Ryerson University. He has held a variety of positions with Hibar since then, and has been the company’s manufacturing manager since 2000. He participates in mechanical design reviews, providing input for function, cost, and manufacturing feasibility. He is also responsible for Hibar’s internal machine shop departments.

Headquartered in Cambridge, Ont., the CTMA was founded in 1963 and represents more than 11,600 members of Canada’s tooling industry.