Kadri, 49, will begin training with outgoing CEO Jean-Pierre Clamadieu in January and officially take over the spot on March 1, 2019. 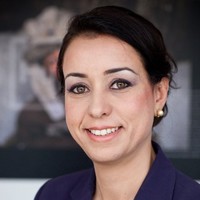 Kadri, 49, will begin training with Clamadieu in January and officially take over the spot on March 1. Kadri will also be chairman of the executive committee and member of the board of directors for Solvay.

Kadri previously worked for Shell-Basell, UCB-Cytec, Huntsman and Dow Chemical, and was engaged in research & development and strategy during a career spanning 22 years. She holds a degree in chemical engineering from L’Ecole des Hauts Polymères in Strasbourg, and a PhD in macromolecular physico-chemistry from Strasbourg’s Louis Pasteur University.

“[Ilham] is passionate about science and innovation and that is really at the core of the DNA both of our history and our group today,” Solvay chairman Nicolas Boel said in a statement.