The newly created role is critical to Schulman’s growth plan, the firm said. 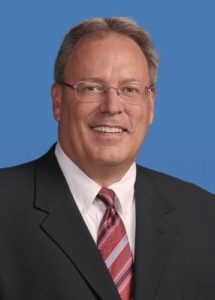 Prior to joining Schulman, Phillips, 57, served as the vice president and general manager of Comcast Cable in West Palm Beach, Fla. from 2014 through 2016. “During his tenure, he and his team of more than 300 sales and support professionals delivered profitable sales and revenues in the commercial marketplace that were consistently in excess of annual target goals,” Schulman said in a statement. “Phillips was instrumental in establishing strong cross-functional relationships across the organization to assist the company in delivering the highest level of customer satisfaction.”

From 2012 until 2014, Phillips was an independent consultant, focusing primarily on sales team optimization and leadership development.

“Throughout his career, Gary has consistently helped organizations maintain a proper alignment with evolving, highly technical customer needs,” said Joseph M. Gingo, Schulman’s chairman, president, and CEO. “His ability to create impactful relationships with colleagues and customers alike will be critical to our success in reinvigorating our growth plan in fiscal 2017 and beyond.”

Schulman is in the process of trying to improve its financial performance after a series of financial setbacks connected to its US$800 million purchase of Citadel Plastics. Schulman acquired Citadel in early 2015 in what was the biggest deal in its history, only to accuse Citadel’s previous owners of falsifying results before selling the company.