This will be the first new LLDPE reactor to start-up in the Americas in a decade, Nova said.

Nova Chemicals Corporation has announced the mechanical completion of its PE1 expansion project – a third gas phase reactor at the company’s site in Joffre, Alta.

The reactor is designed to produce approximately one billion pounds of linear low density polyethylene (LLDPE) annually, a 40 per cent production increase in the Joffre site nameplate PE capacity to approximately 3.5 billion pounds. This will be the first new LLDPE reactor to start-up in the Americas in a decade, Nova said in a statement. 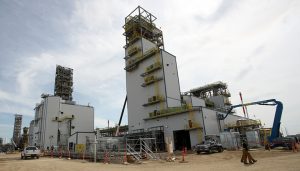 According to Calgary-based Nova, the new volume will be NovaPol butene LLDPE resin to help meet the demand for flexible film products such as food packaging, heavy duty sack and collation shrink.

“Our expansion of the Joffre site with the addition of a third gas phase LLDPE reactor is a key component of our growth strategy to support growing polyethylene demand,” said Chris Bezaire, Nova’s senior vice president, polyethylene business. “As we collaborate with our customers, we are excited to bring updated technology to drive better resins, structures and applications.”

A phase of equipment testing will be followed by start-up and production of LLDPE, expected in the fourth quarter of 2016. Commercial sales are expected to begin in late 2016 or early 2017.