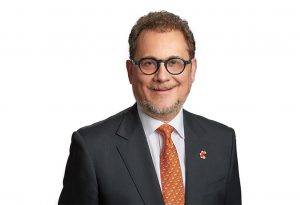 U.S.-based materials firm Chemours Co., which was founded in 2015 as a spin-off of DuPont Co., has named Mark Newman as its new president and CEO effective July 1.

Newman, the company’s current chief operating officer, succeeds Mark Vergnano, who has served as president and CEO since the company’s founding.

Newman joined Chemours in 2014 as senior vice president and chief financial officer. In a news release, Chemours officials described Newman as “instrumental in the launch of Chemours as a stand-alone, publicly traded company”. Throughout 2020, he also chaired the company’s crisis leadership team, which oversaw the company’s global response to the COVID-19 pandemic.

Prior to Chemours, Newman was senior vice president and CFO of Chicago-based materials firm SunCoke Energy. He also spent 17 years at General Motors Co. in a variety of roles.