Dow Canada alleged breach of contract against Nova over the operation of the E3 joint venture in Joffre, Alta.

Dow Chemical Canada has been awarded US$1.06 billion in damages against Nova Chemicals Corp. in a dispute centred around the operation of a massive ethylene production plant in Joffre, Alta.

Known as E3, the facility started operating in 2000 as a joint venture between Nova and Dow, with Nova operating the facility. Dow and Nova claimed and counterclaimed against each other for damages in the hundreds of millions of dollars for the period from 2001 to 2012. 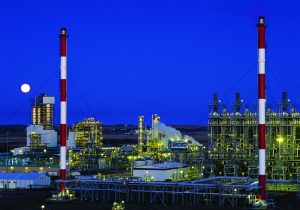 Dow had alleged that Nova took part of the ethylene and other products produced at E3 that belonged to Dow under the terms of the joint venture for its own use. Dow also submitted that Nova failed to run E3 at full rates.

Nova said it faced an ethane shortage and ran the facility as full as it could subject to mechanical issues that constrained production, and that that Dow knew about this allocation as it was occurring and failed to object to it.

Justice Barbara Romaine of Alberta Court of Queen’s Bench has now ruled in favour of Dow.

“Dow has established these facts and has proved on a balance of probabilities that Nova has breached the joint venture agreements both as Operator and as Co-owner and has converted some of the ethane that Dow was entitled to from E3,” Romaine wrote in a judgment released on June 20. “I also grant Dow a declaration that the conduct of Nova as Operator constitutes Wilful Misconduct and Gross Negligence.”

Romaine said Dow established that there was no ethane shortage, that Nova always had enough ethane to fill E3 and had the ability and freedom to acquire additional ethane.

She also said Dow showed that Nova failed to operate E3 to maximize production and that the facility had more capacity than Nova submitted at trial.

The court assessed damages against Nova amount to approximately US$1.06 billion, but must be converted into Canadian dollars.

According to reports published by Canadian news outlets, Nova plans to appeal the decision.