Tayler has served as the head of Europe, the Middle East and Africa for Nexeo since 2018, and worked for a varieiy of other material suppliers before that. 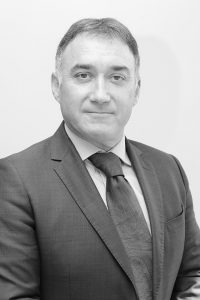 Interim CEO Michael Modak, who had been filling in for the company, which is headquartered in The Woodlands, Tex., will remain a member of the firm’s board of directors.

Tayler has served as the head of Europe, the Middle East and Africa (EMEA) for Nexeo since 2018. He previously spent nine years on the supplier side of the thermoplastics distribution industry at DSM Engineering Plastics, most recently as vice president commercial, Asia Pacific. Following his tenure at DSM, he served as vice president, global sales and marketing at Innovia Films. Tayler began his career at Imperial Chemical Industries and held several positions there, including commercial director of Uniqema EMEA.

“Following the successful realignment and enhancement of our North American sales organization, Nexeo Plastics is poised to further bolster its position as the global resin distributor of choice under new leadership,” Modak said in a statement. “Paul is a respected leader across our organization who has achieved incredibly strong performance and established the Nexeo Plastics brand throughout Europe and other international markets. We look forward to leveraging his deep industry knowledge, technical expertise and substantial supplier experience as we drive continuous improvement, long-term growth and superior, targeted service for customers worldwide.”