Longtime Eastman executive Mark Cox will retire next year, and executives Stephen Crawford, Julie McAlindon, and Christopher Killian will all have new roles within the company.

Materials supplier Eastman Chemical Co. is making some changes to its executive leadership. 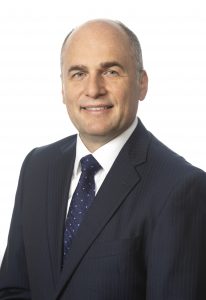 “It is with mixed emotions that we announce Mark’s retirement after more than 35 years of service,” said Mark Costa, board chair and CEO. “Mark has made a lasting impact on Eastman, and nowhere is that felt more deeply than in our manufacturing, engineering and construction, and supply chain organizations. With a focus on safety and reliability, he has led these teams through enormous change and challenges, transforming them to be even stronger, more efficient and effective in an increasingly competitive environment.”

Eastman also announced that executives Stephen Crawford, Julie McAlindon, and Christopher Killian will all have new roles within the company. Crawford, currently a senior vice president, has been named an executive vice president. In that new role, he’ll assume executive leadership of manufacturing and worldwide engineering and construction upon Cox’s retirement.

Eastman makes specialty plastics and chemicals, including Tritan-brand copolyester. The firm employs 14,500 people worldwide and had revenues of US$8.5 billion in 2020.