The expansion at the plants in Emmen and Geleen involve high temperature nylons and thermoplastic copolyesters, DSM said.

Responding to what it calls strong customer demand, Dutch chemical company Royal DSM is expanding the capacity of its specialty polymers plants in Emmen and Geleen, the Netherlands. 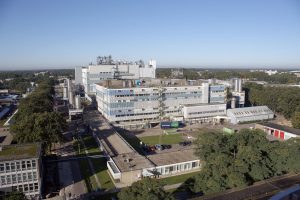 “[The expansion] follows solid growth in consumer electronics and automotive markets and the related increasing demand for high performance plastics such as Stanyl (PA46), ForTii (PA4T), EcoPaXX (PA410) and Arnitel (TPC),” DSM said in a statement.

According to statement, DSM has already successfully completed expansion projects for Stanyl, ForTii and EcoPaXX product streams by 50 per cent while a 25 per cent production capacity expansion for Arnitel will come online in 2018.