Andrew Liveris to depart next month as Jim Fitterling will become the CEO of the new Dow.

Andrew Liveris, the CEO of chemical maker DowDuPont Inc., is stepping down next month in advance of the company breaking up into three separate firms.

In a statement, DowDuPont’s Material Advisory Committee said it will appoint Jim Fitterling to the role of CEO of Dow Material Science — one of three companies to be created after the breakup next year. Fitterling, 56, is currently the chief operating officer.

The committee also said it will appoint Howard Ungerleider as president and chief financial officer of the division. Ungerleider is currently the CFO of DowDuPont and vice chairman and CFO for Dow. 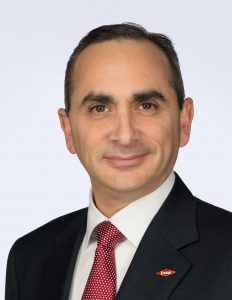 Both Fitterling and Ungerleider will continue to serve in their current roles at DowDuPont until the completion of the division’s intended separation, which is expected to occur by the end of first quarter of 2019.