Steilemann, currently Covestro’s chief commercial officer, will be replacing outgoing CEO Patrick Thomas, who will be retiring at the end of his contract on September 30, 2018. 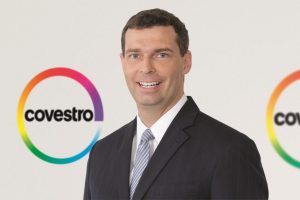 Steilemann, currently Covestro’s chief commercial officer, will be replacing outgoing CEO Patrick Thomas, who will be retiring at the end of his contract on September 30, 2018.

“We sincerely regret Patrick Thomas’ retirement,” said Richard Pott, chairman of Covestro’s Supervisory Board. “However, with the end of his contract in fall 2018, Patrick Thomas will have been at the top of Covestro for more than ten years and of course we respect this step. Under his leadership, the company has achieved remarkable success, becoming a leading innovator in the chemical industry with outstanding financial results. We therefore thank him sincerely for his excellent work and support in facilitating a foresighted succession plan.”

Steilemann joined chemical maker Bayer in 1999 and Bayer MaterialScience in 2004. From 2008 onwards, he held various management positions in the polycarbonates segment in Asia including head of global industrial marketing. Between 2013 and 2015, Steilemann headed the entire polycarbonates segment before being appointed to the Covestro Board of Management, where he was most recently responsible for innovation and the entire polyurethanes segment.

Covestro, based in Leverkausen, Germany, was spun off from Bayer MaterialScience in 2015. The firm has 30 production sites worldwide and employs approximately 15,600 people.