The acquisition is part of Covestro’s expansion plan for its TPU business. 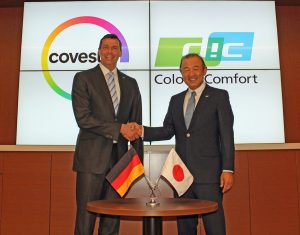 DCP, established as a 50/50 joint venture in 2000 between Japan-based DIC Corp. and Covestro’s former parent company Bayer AG, is described as a leading company in the Japanese TPU industry. It manufactures such TPU brands as Pandex – which was originally a DIC offering – as well as Covestro’s Desmopan and Texin materials.

In a statement, Covestro said the move was part of an expansion plan for its TPU business. “The strong and long-term partnership of both companies, as well as our thorough understanding of the future growth potential, make this acquisition a fitting step in Covestro’s growth strategy focussing on sustainability driven innovation”, Covestro CEO Markus Steilemann said in the statement.

The financial details of the transaction have not been disclosed. The deal is set to close in the early second quarter of 2019.

The DCP joint venture operates out of DIC Corp.’s facility in Sakai, Japan.