Construction of the facility began in October this year, with commercial production of Perstorp's Penta material planned to start in the first quarter of 2022.

In a move to boost its presence in the growth region of Asia, Swedish specialty chemical supplier Perstorp is building a new production facility in Gujarat, India.

The world scale, green-field Gujarat plant will produce Penta, including the renewable grades of Voxtar, providing up to a 60 per cent reduced carbon footprint. 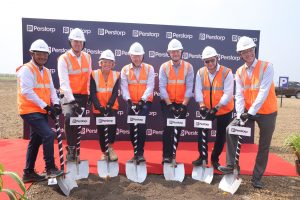 Construction of the facility began in October this year, with commercial production planned to start in the first quarter of 2022.

When fully operational, the site will employ 120 people. The investment will significantly expand Perstorp’s Penta production capacity, designed to produce 40 KT of Penta per annum from 2022.

“The new Penta plant in India marks a major milestone in our growth strategy and we are confident that this will not only increase the security of supply for current, as well as new, customers but also further strengthen our position long term as a sustainable and reliable partner in this region,” Jan Secher, Perstorp’s president and CEO, said in a statement.

Perstorp representatives were joined by government officials, employees and selected guests at a groundbreaking ceremony for the new plant held on Nov 6.

“Perstorp is currently producing Penta at three different production plants around the globe: Germany, the U.S., and Sweden,” said Ulrika Andersson, Perstorp’s executive vice president. “India is a strategic market with a growing demand for coatings and Perstorp has been planning to strengthen its foothold here for several years.”