Production at the company's Rio Grande do Sul facility will be increased from 200 to 260 kilotonnes per year by the end of 2022. 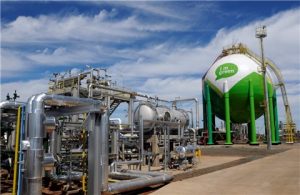 Brazil-based petrochemical company Braskem SA is expanding its production capacity of green ethylene – the main feedstock derived from sugarcane ethanol which is used in the production of renewable resins – at its facility in Triunfo, Rio Grande do Sul, Brazil.

The expansion project, budgeted at US$61 million, will be rolled out in 2021 and should be concluded in the fourth quarter of 2022, Braskem officials said.

“The increase in biopolymer capacity and production reflects healthy growth in demand from society and our partners for sustainable products, which has increased significantly in recent years,” said Marco Jansen, global biopolymers leader at Braskem. “Our business expansion aims to consolidate Braskem’s leadership of the biopolymers market.”

Braskem’s analysis of the production of biopolymers from sugarcane started in 2007 at the Technology and Innovation Center in the Triunfo Petrochemical Complex, the sector’s largest and most modern research complex in Latin America. The company invested US$290 million in building the industrial unit and, in 2010, unveiled what it calls the world’s first polyethylene produced from renewable resources on an industrial scale, currently represented by the “I’m green” bio-based brand.

In recent years, Braskem ramped up production, offering the “I’m green” bio-based EVA, a resin used in sectors that include automotive and footwear.

“It’s no longer possible to think of a business model that does not consider production processes with the least environmental impact and circular economy practices,” Jansen said. “The world has numerous challenges ahead, such as climate change and the availability of natural resources like water. As an important driver of development in diverse economic sectors, Braskem assumes joint responsibility for helping the market to move in the right direction.”