BP sells its petrochemicals business to Ineos for $5 billion

The sale is part of BP's plan to shift activities to renewable sources of energy. 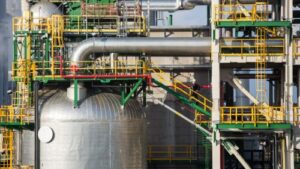 In what it calls “the next strategic step in reinventing” itself, oil and gas company BP has sold its global petrochemicals business to Ineos for US$5 billion.

In a June 29 statement, BP said that the overlap of the petrochemicals business with the rest of the company is “limited” and that it takes “considerable capital” to grow these businesses.

“As we work to build a more focused, more integrated BP, we have other opportunities that are more aligned with our future direction,” CEO Bernard Looney said in the statement. “Today’s agreement is another deliberate step in building a BP that can compete and succeed through the energy transition.”

Chemical maker Ineos will pay BP a deposit of US$400 million and a further US$3.6 billion on completion. An additional US$1 billion will be deferred and paid in instalments next year.

Headquartered in the UK, Ineos operates over 180 sites in 26 countries, employing some 22,000 staff worldwide. Over the past two decades, Ineos has acquired a number of businesses from BP, most notably the 2005 US$9 billion purchase of Innovene, the BP subsidiary that comprised the majority of BP’s then chemicals assets and two refineries.

Subject to regulatory and other approvals, the transaction is expected to complete by the end of 2020.