The chemical maker describes Irganox 1520L as a “key product” in its antioxidant portfolio. 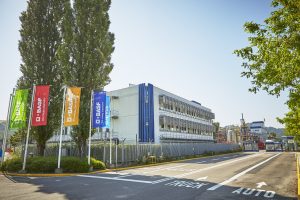 BASF will add 20 per cent to its existing capacity for Irganox 1520L at its Pontecchio Marconi production plant in Italy by debottlenecking operations. Photo Credit: BASF

In response to what it calls “and increasing market demand”, chemical maker BASF has announced plans to increase the production capacity for its antioxidant Irganox 1520L by 20 per cent at the site in Pontecchio Marconi, Italy.

In a statement BASF described Irganox 1520L as a “key product” in its antioxidant portfolio.

“The production expansion of Irganox 1520L underlines our clear commitment to continuously support the growth of our customers,” said Achim Sties, BASF ‘s senior vice president, performance chemicals Europe. “By debottlenecking operations at our Pontecchio plant in Italy, we are able to respond quickly to an increasing market demand,”

BASF calls Irganox 1520L a “highly effective thermo-oxidative stabilizer” in a wide range of solution polymerized, emulsion polymerized and thermoplastic elastomers, plastics, adhesives, sealants, oils and lubricants. “Where necessary, Irganox 1520L can be used with other additives such as secondary antioxidants, benzofuranone, light stabilizers and other functional stabilizers,” the company said.