The nylon 6,6 supplier aims to reduce its greenhouse gas emissions by 80 per cent by 2030.

Nylon 6,6 maker Ascend Performance Materials says it is moving forward with its sustainability plans, which include the reduction of its greenhouse gas emissions by 80 per cent by 2030.

Toward that goal, the company continues to invest what it calls “significant capital” across its manufacturing locations to utilize a greater percentage of renewable energy and the reduction of emissions. It recently installed cogeneration units at its plant in Decatur, Alabama, which reduced the overall environmental footprint by 80 per cent. The company’s advances in the area of cogeneration contributed to its second consecutive win of the American Chemistry Council’s Responsible Care Initiative of the Year. 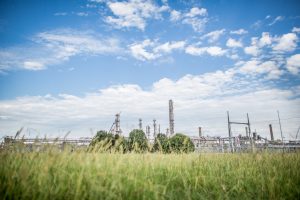 Ascend also announced it will begin using bio-based feedstock and outlined its plans to achieve ISCC+ certification for its production throughout the nylon chain. By 2023, the company will offer bio-based acrylonitrile, hexamethylene diamine and polyamides.

“We have a dedicated and growing team working throughout Ascend, helping us advance sustainability across every facet of our company,” Chris Johnson, Ascend’s director of sustainability, said in a June 16 news release. “Our commitment to sustainability extends far beyond our fence line. We’ve implemented a Design with Sustainability in Mind process for our products to ensure they have sustainability benefits.”

Johnson referenced Ascend’s Acteev technology, which embeds zinc ions in a polymer to create long-lasting antimicrobial properties, as an example of a product with sustainable benefits because of its long-lasting and durable odour-fighting properties.

Headquartered in Houston, Ascend has nine global locations, including five fully integrated manufacturing facilities in the southeastern U.S., and an engineering plastics compounding facility in Europe.