The deal includes a manufacturing facility in Chennai as well as warehouses throughout India. 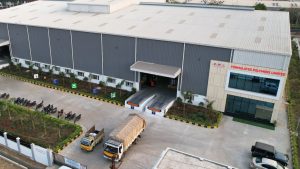 In a deal that gives it its first manufacturing base in the Indian subcontinent, Ascend Performance Materials is buying the compounding division of Formulated Polymers Ltd., an engineered materials manufacturer in Chennai, India.

In a March 29 news release, officials with Houston-based Ascend said the acquisition includes a manufacturing facility in Chennai as well as warehouses throughout India. Formulated Polymers, which has operated over three decades as a polyamide compounder in India, is currently a licensee of Ascend’s Starflam flame-retardant polyamides.

“Demand for our materials in India is strong and growing,” said Phil McDivitt, Ascend’s president and CEO. “The team at Formulated Polymers has built an excellent, diversified business with a proven track record of technology development in polyamides. We are excited to build on their expertise to drive additional value-added growth in India and beyond.”

The acquisition is the fifth for Ascend in the past four years, the release said, and gives the company “a significant growth opportunity for Ascend in India, one of the highest growth economies in the world.”