The Designed Structures and Solutions (DSS) segment of PolyOne Corporation has been acquired by New York City-based private equity firm Arsenal Capital Partners for US$115 million.

In a statement, Arsenal announced that DSS will operate as Spartech LLC and that it will be headed by industry veteran George Abd. Abd was an executive of the former Spartech Corporation for approximately 10 years, including as its CEO, until departing in 2007. Other current members of the DSS leadership team will remain in their positions as the business moves forward as an independent entity, Arsenal said. 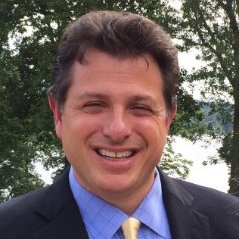 Headquartered in Maryland Heights, Mo., Spartech provides packaging, visual and structural sheet and rollstock materials and specialty products for the food, medical, building and construction, aerospace, automotive and other markets. Spartech was acquired by PolyOne in 2013, and included the extrusion and packaging segment as well as a compounding and masterbatch segment (which was integrated into other PolyOne segments and remains a part of PolyOne).

The newly formed Spartech has a network of 15 manufacturing facilities located throughout the U.S. and includes such brands as Polycast, Royalite and SoundX.

“We have been fortunate to have had the opportunity to work with George over the last year on shaping our plastics and packaging strategy and were excited to work with him to carve out Spartech into an independent company,” said Tim Zappala, a partner at Arsenal and co-head of the firm’s specialty industrials group. “We are very enthusiastic for the prospects of Spartech under George’s leadership, along with exceptional talent already within the business, and are encouraged we can leverage this acquisition as a broader platform with future acquisitions.”