The France-based robot manufacturer’s global growth topped 21 per cent in 2017.

Based on strong sales in Europe, France-based robotic equipment maker Sepro Group has set a new record for itself for robot sales for the fifth year in a row.

In 2017, Sepro equipped more than 3,200 injection molding machines with robots, a 20 per cent increase that boosted year-over-year turnover by 21 per cent to a record 126.2 million euros (Cnd$201 million).

In a statement, Sepro credited the result in large part to what it called “exceptionally strong” results from Europe. “Germany became [our] top market, with sales rising by more than 25 per cent to exceed 500 units,” Sepro CEO Jean-Michel Renaudeau said in the statement. “In second place was France, where sales rose 30 per cent to over 450 units.” Elsewhere in Europe, sales results were also strong in Austria, Hungary, and Switzerland, where Sepro established new daughter companies in 2016 and in 2017, and in Spain, where sales grew by 57 per cent. 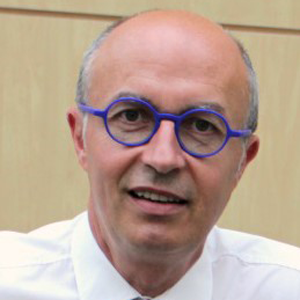 Sales in North America remained strong, Sepro said, with aggregated sales of over 650 units, and 13 per cent growth in the U.S. market.

Strategic partnerships with global manufacturers of injection molding machines also delivered important results in 2017. According to Renaudeau, established partners like Sumitomo Demag increased their adoption of Sepro technology to complement their own OEM equipment packages and offer new robot options to customers. “Recently completed agreements with several important new partners, including Haitian (China) and Woojin Plaim (Korea), contributed as well,” Renaudeau said. “Also in the last 12 months, with the help of our partner Yaskawa-Motoman, we introduced a new line of small to mid-sized general-purpose six-axis robots.”

And as global sales increased last year, Sepro also made big investments in its global infrastructure. “During 2017, we grew our workforce by 16 per cent, adding 95 employees worldwide, and opened a new daughter company in Switzerland,” Renaudeau said. “At the same time, we embarked on an 11 million euro global expansion program to create additional manufacturing resources in France, build a new global training centre, and ramp up new robot assembly, engineering, and automation capabilities at Sepro America’s newly expanded North American hub in Warrendale, Penn.”