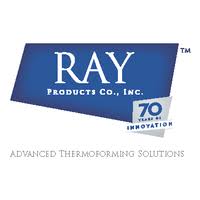 Ray Products, a California-based custom plastics manufacturer, recently conducted its annual thermoforming industry survey – and the results show that respondents have a clear preference for domestic manufacturing and placed concerns about price and quality as top considerations.

Just 13.2% of the respondents reported being happy with offshore plastics manufacturing, the survey found. On average, respondents reported that 56% of their manufacturing happens in the U.S., a dip of 9% from last year. There are also several industries that show a clear preference for domestic manufacturing, the results showed. “Industries like medical device estimated that 67% of their operations occurred domestically,” Ray Plastics said. “In contrast, those with five or fewer projects estimated that only 50% of their projects happened in the U.S. Manufacturing, transportation, and green energy all reported a higher-than-average preference for domestic manufacturing.”

The majority of respondents said that quality is the number one thing they look for in a plastics manufacturer, followed by engineering support, and price. Respondents peg their biggest challenges as total project cost; followed by issues with quality, such as part-to-part repeatability and proper fit in multi-part assemblies.

The survey also found that some industries utilize thermoforming at a higher frequency than others. “Most notably, transportation, makers of plastic enclosures and medical device manufacturers all reported utilizing thermoforming at higher-than-average rates,” Ray Plastics said.

“In some ways, the data from our 2019–2020 survey reinforced what we already knew,” Ray Plastics said. “People who utilize plastics manufacturing want it all: the best quality, lowest prices and part-to-part repeatability. They want partners they can depend on, and convenience to go along with them. They prefer manufacturing domestically, but feel that sometimes there’s a case to be made for going into markets with lower labour costs.” In other ways, the company said, the survey delivered unexpected results: “a concern that overall, plastics manufacturing could dip in the coming year, a not insignificant downturn in injection molding utilization, and an increase in concern over recyclability after three years of decline.”