Austria-based Engel reports increased annual revenues for the third time in a row – and up 8.6 per cent from last year.

Austria-based injection molding machine maker and systems supplier Engel Holding GmbH has increased its annual revenues for the third time in a row.

The firm also amassed a total workforce of 5,900, which is another new record.

The markets in Asia played a big role in Engel’s success in fiscal 2016, the directors of Engel said at the start of the Chinaplas 2017 trade fair, where Engel traditionally announces its annual results. “Asia grew faster than average in the last fiscal year, primarily due to China,” said chief sales officer Dr. Christoph Steger. “On top of this, we are benefiting from the strong momentum in Southeast Asia.” 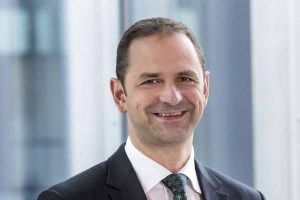 Engel’s directors expect further growth in the new business year, Steger noted, “albeit at a somewhat lower level than in the recent past.”

Engel also expects its global workforce to top 6,000 soon. “[We] are counteracting the increasing lack of skilled labour worldwide effectively by training young people in technical jobs,” Steger said. “Around 180 young men and women are currently in apprenticeships in [our] Austrian plants. In addition to this, Engel trains its own upcoming stock of skilled workers in China, the Czech Republic and Germany and is increasing its involvement in the advanced education and training of graduates with a special international sales trainee program.”

Towards the end of fiscal 2016/2017, Engel employed more than 5,900 personnel worldwide, more than ever before in the company’s history. The workforce has grown by 10 per cent on average over the last three years. “We will pass the 6,000 mark in the first quarter of the new business year,” Steger said.

Finally, the Engel directors also announced plans to invest more than 100 million euros per year in the extension and modernization of the company’s plants. One of its largest projects worldwide is the expansion of its headquarters in Schwertberg, Austria. “Additional space of 10,000 square metres has been erected in the southern part of the premises,” Steger said. “It includes offices, a childcare centre for the children of staff members and an even bigger and more modern apprenticeship workshop. In the next step, the production shop at the northern end of the factory site, built in 2013, will be expanded and a new customer technology centre built.” 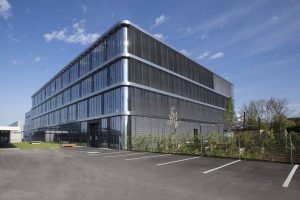 Engel’s headquarters in
Schwertberg, Austria.
The new building in the southern part of the company’s premises was inaugurated in spring.

At the same time, two of Engel’s large-scale machine plants – one in St. Valentin, Austria and the other in Shanghai – are being enlarged. “Building work in Shanghai progressed well over the winter,” Steger said. “We plan to inaugurate the new production hall together with our customers and partners in September.”