Molders looking to thrive, not just survive, are always searching for the next big opportunity. But you can't do it alone, and it usually takes help from a new resin to land that game-changing new project. Looking for inspiration? Canadian Plastics examines some of the most recent applications made possible by the latest in engineering resins. 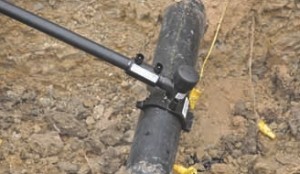 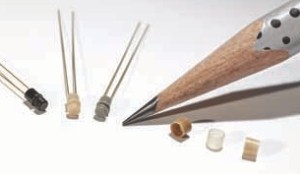 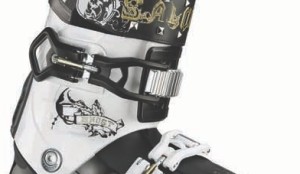 A tough grade of nylon is creating a new market opportunity that you might never actually see: underground pipelines.

In November 2009, a 6,000-foot natural gas pipeline was run under the farmland near Corsicana, Tex. made from Rilsan Polyamide (PA) 11 from Arkema–the first purely commercial pipeline application to use PA 11 in North America.

According to Pratik Shah, energy market manager for technical polymers with Arkema, Rilsan PA 11 nylon was chosen as a replacement for steel because it satisfies a U.S. Department of Transportation (DOT) amendment governing gas distribution pipes at pressures up to 200 psi. “After 14 years of research and development, the Rilsan material is the only plastic pipe permitted under the DOT amendment,” he said. “The grade was developed specifically for this application, and had to satisfy a number of requirements.” Among these, the material had to be processable in large diameter pipe–in this case, four-inch SDR-11 pipe; had to withstand what’s known as rapid crack propagation, a very fast fracture process during which cracks spreading at up to 600 feet per second, over hundreds of feet of pipe, have been measured; and had to resist chemical contamination from the surrounding soil.

In addition to meeting the toughness criteria, there are economic benefits to using plastic in natural gas pipelines, Shah continued. Low installation cost is a big one. “Steel pipes normally require expensive welds every 20 or 40 feet, at an estimated price of about US$100 to US$160 per weld,” he said. “Pipes made from Rilsan PA 11 require only a butt fusion joining, which is estimated to cost less than US$40 per joint.”

Beyond the bonuses in performance and economics, there’s also an environmental benefit to the Corsicana pipeline: Rilsan PA 11 is made from the oil of castor beans, making it fully renewable and fully recyclable, but not biodegradable.

“Natural gas pipelines are a real opportunity to do something new with plastics, and we’ve already followed up with a 10.5-mile installation that began in March 2010,” Shah said.

Concerned about toxicity, a multinational manufacturer of computer tomography (CT) scanners for the healthcare indus-try wanted a replacement for lead used in radiation-shielding components.

When efforts to replace lead with tungsten in a device called a collimator resulted in a one-eighth-inch-diameter “hot spot” of potential radiation leakage, the manufacturer turned to medical parts molder Thogus–and Thogus turned to PolyOne. “We first worked with PolyOne eight years ago on a project to take lead shot out of firing range bullets, and they’d developed a high-density, nylon metal composite for us called Gravi-Tech,” said Matt Hlavin, president of Avon Lake, Ohio-based Thogus. “By 2009, when we became involved in the replacement project for lead radiation shielding, Gravi-Tech had been rebranded as Trilliant HC GVR, and we knew it was the right material for the job.”

According to PolyOne, Trilliant HC GRV blocks radiation at levels that meet or exceed those of pure lead. Though not without production challenges–the heavy, impact-modified grade of Trilliant HC made it necessary for Thogus to install specialized material handling equipment, for example–the molder produced a collimator that actually exceeded standard requirements for radiation shielding equipment.

Additionally, Thogus was able to deliver the part for a fraction of the cost. Previously, collimator blades were being machined from tungsten at a cost of US$90 each just for the raw material; using Trilliant HC GRV reduced the material cost to US$35.

The success of the collimator project has given Thogus a new entry into the world of medical parts molding, allowing the company to create its new Radiation Protection Technologies division.

Accumold LLC, an Ankeny, Iowa-based molder of precision microparts, was recently presented with a problem by its customer Knowles Electronics, a manufacturer of miniature audio components for hearing aids: supply Knowles with hearing aid parts with wall thicknesses of 0.01 inches and smaller that match more than 60 colors, including 20 different flesh tones.

Accumold decided to go with a nylon 6/6, supplied by Clariant Masterbatches’ specialty compounding unit, with three different levels of glass fibre: 50 per cent, 35 per cent and 30 per cent. Even in parts as small as those required by Knowles the glass is needed to provide stiffness and dimensional stability. The nylon was specially formulated for improved flow to fill the tiny mold sections involved.

To satisfy the spectrum of color requirements, Clariant was able to deliver the materials in the colors specified, often with built-in additives to improve processing and end-product per-formance. “The color dispersion needs to be very precise,” said Tom Murphy, Accumold’s vice president of production. “In the parts we mold, there’s a definite transparency factor. If you evaluate a two-or three-inch sample chip, the color might look fine, but in these thin-wall sections you can immediately see any inconsistency. The other things we worry about are black specks. If you can see it in the part, the customer will reject it.”

In an occasional by-product of the compounding process, fragments of polymer get hung up in the extruder, degrade and then break free, to appear in the finished compound as–you guessed it–black specks. Clariant overcame this problem by implementing a particularly well-controlled manufacturing process, and by using a testing procedure developed by TAPPI, the pulp and paper industry association, to measure how many and what size specks are in a given sample.

Static electricity is a major challenge in the effective use of inhalation devices, and–if you really think about it–it’s not hard to figure out why: Tiny drug particles can build up an electrostatic charge, causing them to adhere to the device instead of being dispensed to the patient.

Traditionally, the only way around this for medical device manufacturers has been to utilize coatings to control static charges in costly secondary operations. Drug companies, meanwhile, had to overload dosages to ensure patients received 100 per cent of their dosage in a given treatment. Again, not cheap.

According to David DeVito, SABIC’s LNP compounds product marketing manager, all three new compounds are under analysis for inhalation devices, which are in the clinical trial stage. “The compounds are also pre-assessed for biocompatibility according to ISO 10993 to help future medical device manufacturers expedite compliance and time to market,” he said.

A primary challenge in making an anti-static material was to maintain clarity and transparency, DeVito said. “Preserving clarity is particularly important
for ensuring visibility of the device contents,” he explained. “It can be important for the patient’s peace of mind that they actually see their dosage being delivered.”

Speaking of dosing, the incorporation of an anti-static resin in new generations of inhalation devices means drug companies will be able to optimize patient dosages for improved safety, and save some money in the process. “Medical part molders, meanwhile, can eliminate the expensive secondary operations that were necessary to utilize anti-static coating,” DeVito added.

Skiers tend to be an environmentally friendly bunch, and the challenge in selling them new gear is not to offend that “green” awareness.

New on the slopes during the winter of 2009/2010, the “Ghost” alpine ski boot from famed sporting goods supplier Salomon features a collar made from DuPont Engineering Polymers’ Hytrel RS thermoplastic elastomer. According to DuPont, the Hytrel RS material has been developed using a polyol derived from corn sugar and other resources, and contains in total between 20 and 60 per cent renewably-sourced material.

Ski boot collars help provide a secure fit of the boot to the skier and protect the lower leg, but also have to be flexible enough to allow a good and reliable transfer of movement from the leg to the ski. It’s a make or break component, and Salomon didn’t decide to go with Hytrel RS until after comprehensive field testing by several of the company’s freeriders. “The freeriders returned with very positive comments on the boot’s behaviour at low temperatures, as well as its consistent behaviour over a wide temperature range,” said Pascal Pallatin, a research project manager at Salomon, which is based in Annecy, France.

Having been given the go-ahead by Salomon, Salo mon, the collars were injection molded as a single piece and colored white using master-batch, master batch, with the “Ghost” motif added using pad printing. The grade selected by Salomon contains 27 weight per cent renewably-sourced material, and offers flex fatigue, flexibility and impact resis resistance tance at temperatures as low as -20C.

“We’d been looking for a way to decrease the use of petroleum-based products in our latest alpine ski boots,” Pallatin said. “The fact that we could now access a grade of the high-performance material mate rial with a significant renewable content is an additional selling point for us.”