Profits and sales are down significantly for most U.S. moldmakers, Jerry Lirette told attendees at a recent CAMM/CTMA meeting. Lirette is president of D-M-E Co., a supplier of moldmaking components wh... 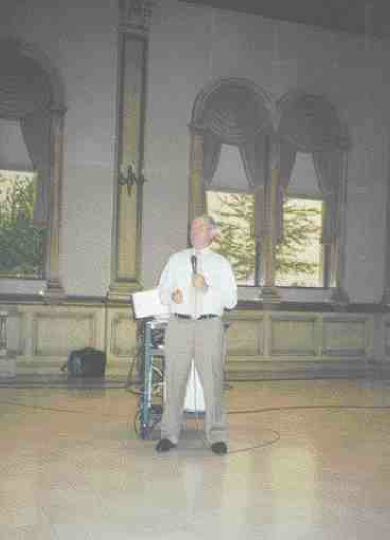 D-M-E president Jerry Lirette presented the results of a survey of the U.S. moldmaking industry to an attentive audience at a recent Canadian Association of Moldmakers meeting in Windsor, ON. Lirette told CAMM members that the vast majority of U.S. moldmakers perceive that Asia, not Canada, is involved in unfair trade practices.

Profits and sales are down significantly for most U.S. moldmakers, Jerry Lirette told attendees at a recent CAMM/CTMA meeting. Lirette is president of D-M-E Co., a supplier of moldmaking components which helped coordinate an extensive survey of the U.S. moldmaking industry in order to obtain quantitative data for an ongoing U.S. trade investigation of an unfair trade complaint.

D-M-E’s figures illustrate a dramatic decline in profitability and sales. Profit before tax (PBT) as a percentage of sales has dropped from an average of 16.6% in 1997 to an average of 1.4% in 2001 for the survey respondents. This represents a PBT decline of over 90% since 1997.

The independent survey was completed by approximately 1,000 companies from the U.S. industrial mold and die industries. Eighty-five percent of the survey respondents were manufacturers of “molds for plastics”. For the purpose of demonstrating the overall U.S. moldmaking industry impact, survey data was multiplied by a factor of five based on the 20% survey response rate.

The survey results were given to all industry associations and were presented to the U.S. International Trade Commission in Washington, D.C. by Lirette at a hearing in April. The ITC investigation is examining competitive conditions in the U.S. moldmaking industry (See Canadian Plastics, June 2002 issue for more on the ITC investigation or visit