The technology involves embedding polyester-eating enzymes in the plastic that, once triggered, cause it to completely degrade in days. 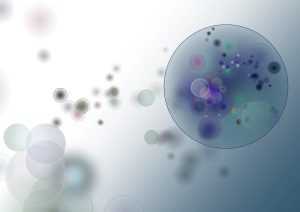 Historically, one benefit of plastic products has been that they don’t break down during normal use – which means they last for a long time.

But that’s not necessarily such a hot idea these days, as plastic waste accumulates around the world, ending up in landfills, lakes, parks, and oceans, potentially damaging ecosystems and leaching toxic chemicals.

Which is why a research team from the University of California Berkeley and Oakland, Calif.-based clean technology developer Intropic Materials is tackling the problem of plastic waste from the inside out, by programming them to self-destruct, leaving behind nothing but small molecules that can be composted or used to make new plastics.

First unveiled in April 2021, the process involves embedding polyester-eating enzymes in the plastic as it’s made. These enzymes are protected by a simple polymer wrapping that prevents the enzyme from untangling and becoming useless – until the right conditions unleash them. When exposed to heat and water, the enzyme shrugs off its polymer shroud and starts chomping the plastic polymer into its building blocks. The polymer wrapping also degrades.

Importantly, however, the modified polyesters do not degrade at lower temperatures or during brief periods of dampness – for example, a polyester shirt made with this process would withstand sweat and washing at moderate temperatures, and soaking in water for three months at room temperature didn’t cause the plastic to degrade either.

The process also eliminates microplastics, which is a byproduct of many chemical degradation processes and a pollutant in its own right. Up to 98 per cent of the plastic made using this technique degrades into small molecules.

The new technology should theoretically be applicable to other types of polyester plastics, perhaps allowing the creation of compostable plastic containers, which currently are made of polyethylene, a type of polyolefin that does not degrade. The researchers think that polyolefin plastics are best turned into higher value products, not compost, and are working on ways to transform recycled polyolefin plastics for reuse.

The latest development in this story is that the technology has just been awarded the Grand Prize of US$25,000 in the 2021 “Create the Future” design contest, produced by international event organizer SAE Media Group.

Engineers and students from 55 countries submitted new product ideas to the contest, which was established in 2002 to recognize and reward engineering innovations that benefit humanity, the environment, and the economy. The selection of the University of California Berkeley/Intropic technology as the Grand Prize winner was made on Oct. 7.

“I’m really honoured,” said Intropic co-inventor and founder Aaron Hall. “At Intropic, we’re making self-destructing plastics to address the challenge of plastic waste. By bringing together the natural bio machines and these synthetic materials, we can help to bring to fruition a truly circular bio-economy.”