Recovery of Canada’s plastics, chemical industries will be based on investment attraction, CIAC head says 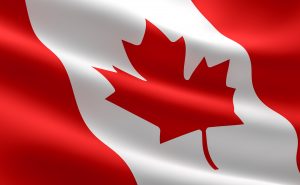 The federal government needs to step up its its engagement and improve investment conditions in order for Canada’s chemistry and plastics industries to play their proper role in the nation’s economic recovery, the head of the Ottawa-based Chemistry Industry Association of Canada (CIAC) said.

In a Dec. 7 virtual presentation to the federal government’s Standing Finance Committee, CIAC president and CEO Bob Masterson spoke on the chemistry and plastics industries’ role in Canada’s economic recovery and made several observations about these industries at present:

Masterson then made a few specific recommendations to the committee:

Economic recovery must be premised on investment attraction, Masterson also said, and while COVID has put a strong pause on new investments in our and other sectors, “we must remember that Canada’s investment outlook was troubling even before COVID.” This was highlighted by the Barton Advisory Council, he noted, and continues to be well articulated by the Business Council of Canada and Canadian Chamber of Commerce. “I urge you to reflect again on their analysis and recommendations,” Masterson said.