The most European-influenced region in North America, Quebec is buying and implementing unique equipment lines, technology and management practices, providing its plastics industry with a fresh look and robust profits. More than in the past, Quebec companies are seeking to transform these strengths into business outside the province and into the far corners of global markets.; A good game plan and the talent to carry it out has helped Mark IV Intake Systems hit the ground running at its Quebec facility, which currently manufactures over one million nylon air intake manifolds a year. More growth is on the horizon. 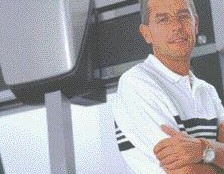 For a company that has only been in business in Canada for three years, Mark IV Intake Systems has certainly, so to speak, made its mark. The manufacturer of injection molded, vibration-welded air intake manifolds will record US$20 million in sales this year. With a number of major new contracts coming into production over the next few years, the company will soon be adding new equipment to its 156,000 sq. ft. plant in Montreal and more people to its 100-employee work force.

A success story, to be sure, but not a lucky one.

“When we decided to produce manifolds in North America, we chose to use the same approach as our parent company in France,” says Patrick Mertes, plant manager. “We put together a team with a lot of experience in designing work cells and plant layout.”

Mark IV currently produces about one million manifolds a year for Ford, Toyota and Visteon. The unassembled manifold shells are injection molded from 30% glass-filled nylon supplied by BASF Canada. The operation consumes approximately 2.5 million kg of nylon per year. Drying and materials handling equipment is primarily from Motan Inc. The facility has six 800-ton, one 500-ton and one 350-ton injection molding machines, all from Krauss-Maffei. The parts are removed from the injection molding machines and placed in the welding machines using Conair-Sepro robots. A total of eight Branson and Bielomatik vibration welding machines are currently in use at the plant. After welding the parts are robotically placed on conveyors for additional assembly operations, inspection and packaging.

It is a production formula that has worked well.

“The quality expectations of our customers are very high,” says Mertes, noting that Mark IV has achieved zero ppm for Ford for the past two years.

Mertes reports that new business has helped offset lower volumes during the recent automotive downturn. It seems to be more of the same on the horizon as the company will begin a new program to manufacture the manifold for the Chevrolet Corvette. As well, in 2004 it will begin producing the manifold for Ford’s V10, 6.8 L truck engine. Each manifold will be molded of 5 to 6 kg of nylon. As a result of the new business, the plant will purchase four to five new injection molding machines over the next two years.

“We’re proud of what we have accomplished in three years, but we aren’t taking it easy,” says Mertes.

Taking it easy would appear to run counter to company policy.