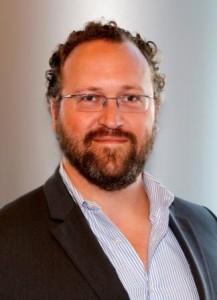 It all adds up to an unusual set of circumstances, Volpe told Canadian Plastics. Volpe took the helm of Toronto-based APMA in September, replacing Steve Rodgers, an industry veteran who was appointed president of the group in 2010.

“The Canadian auto assembly business is robust, mature, innovative, and has definitely rebounded since the recession,” Volpe said. “But parts makers now face the challenge of adapting to the shift of the industry in North America towards the southern U.S. and Mexico.”

Sales by Canadian parts makers have indeed recovered to pre-recession levels, but according to data compiled by DesRosiers Automotive Consultants Inc., neither shipments nor jobs have returned to the peaks hit in the early 2000s.

Parts makers need to build on their strengths to grow, said Volpe, who joins APMA after three years as managing director of solar energy company Wirsol Solar Canada. Prior to that, he was chief of staff for Sandra Pupatello when she was Ontario’s minister of economic development until 2011. “Canada’s parts makers have the physical capacity to handle as much product as necessary, and generations of experience that provides a skill set – quantitative and qualitative – that underpins our competitiveness,” Volpe noted.

But potential hurdles definitely remain. “A pressing concern is, how do Canadian manufacturers go to foreign markets and gain mandates for production?” Volpe asked. One strategy, he said, is for Canadian parts makers to follow their customers southward – as illustrated by Aurora, Ont.-based Magna International Inc. breaking ground in September on a new plant in Tennessee. “A second option is to find ways to provide parts from the home plants in Canada while still remaining competitive on pricing and delivery,” he continued.

Whichever strategy parts makers choose, Volpe said, APMA remains committed to helping keep Canada’s existing auto assembly plants – including the facilities operated by five different auto makers in Ontario alone – up and running. “Our parts makers supply all over the world, but the overall story of our national automotive industry is told through the final assembly plants, which is why it’s critical to retain them here in Canada,” he said.