This new type of sustainable textile may help humans adapt to and combat the effects of climate change. 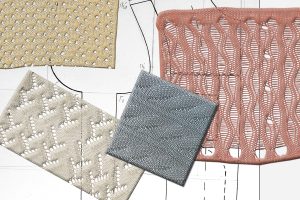 Polyethylene (PE) has many uses – it’s the stuff of plastic wrap and grocery bags, among other things – but it has never been sought after for use in wearable items, despite being thin and lightweight. And for good reason: since PE is unable to draw away and evaporate moisture, it would lock in water and sweat as part of a fabric, making for an uncomfortable wearing experience.

At least, this used to be the case. Now, engineers at Massachusetts Institute of Technology (MIT), in Cambridge, Mass., have developed self-cooling fabrics from PE fibres that not only makes it more comfortable to wear, but that may help humans adapt to and combat the effects of climate change.

MIT engineers spun PE into fibres and yarns designed to wick away moisture. They wove the yarns into silky, lightweight fabrics that absorb and evaporate water more quickly than common textiles such as cotton, nylon, and polyester.

They have also calculated the ecological footprint that PE would have if it were produced and used as a textile – and, counter to most assumptions, they estimate that PE fabrics may have a smaller environmental impact over their life cycle than cotton and nylon textiles. The researchers hope that fabrics made from PE could provide an incentive to recycle plastic bags and other PE products into wearable textiles, adding to the material’s sustainability.

The MIT researchers started with PE in its raw powder form and used standard textile manufacturing equipment to melt and extrude it into thin fibres, in a process comparable to turning out strands of spaghetti. Surprisingly, they found that this extrusion process slightly oxidized the material, changing the fibre’s surface energy so that PE became weakly hydrophilic, and able to attract water molecules to its surface. The team then used a second standard extruder to bunch multiple PE fibres together to make a weavable yarn. They found that, within a strand of yarn, the spaces between fibres formed capillaries through which water molecules could be passively absorbed once attracted to a fibre’s surface.

To optimize this new wicking ability, the researchers modeled the properties of the fibres and found that fibres of a certain diameter, aligned in specific directions throughout yarn, improved the wicking ability. Based on their modeling, the researchers made PE yarn with more optimized fibre arrangements and dimensions, then used an industrial loom to weave the yarn into fabrics. They then tested the wicking ability of PE fabric over cotton, nylon, and polyester by dipping strips of the fabrics in water and measuring the time it took for the liquid to wick or climb up each strip. They also placed each fabric on a scale over a single water droplet and measured its weight over time as the water was wicked through the fabric and evaporated. In every test, PE fabrics wicked away and evaporated the water faster than other common textiles.

Additionally, the team found a way to incorporate colour into the PE fabrics by adding coloured particles into the powdered PE before extruding the material into fibre form, which encapsulated the particles within the fibres.

Finally, the team calculated the PE fibres’s ecological footprint by using a life cycle assessment tool commonly used by the textile industry, and found that it requires less energy to produce PE textiles compared to polyester and cotton.

The team is now exploring ways to incorporate PE fabrics into lightweight, passively cooling athletic apparel, military attire, and even next-generation spacesuits, as PE shields against the harmful X-ray radiation of space.