The scientists have developed a way to modify thermoset plastics with a chemical linker that makes them easier to break down while still allowing them to keep their mechanical strength. 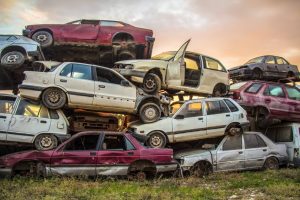 Scientists at the Massachusetts Institute of Technology (MIT) have developed a way to modify thermoset plastics with a chemical linker that makes tough plastics much easier to break down, but still allows them to retain the mechanical strength that makes them so useful.

One of the two major classes of plastics – along with thermoplastics – thermosets include epoxies, polyurethanes, and rubber used for tires, and are found in many products that have to be durable and heat-resistant, such as cars or electrical appliances. But a big drawback to thermosets is that they typically cannot be easily recycled or broken down after use, because the chemical bonds holding them together – called covalent bonds – are stronger than those found in thermoplastics and very difficult to break. When heated, thermoset plastics will typically burn before they can be remolded.

In a study recently published in Nature magazine, the researchers showed that they could produce a degradable version of a thermoset plastic called pDCPD, break it down into a powder, and use the powder to create more pDCPD. They also proposed a theoretical model suggesting that their approach could be applicable to a wide range of plastics and other polymers, such as rubber.

“This work unveils a fundamental design principle that we believe is general to any kind of thermoset with this basic architecture,” said Jeremiah Johnson, a professor of chemistry at MIT and the senior author of the study.

The researchers added silyl ether monomers to the liquid precursors that form pDCPD. They found that if the silyl ether monomer made up between 7.5 and 10 per cent of the overall material, pDCPD would retain its mechanical strength but could be broken down into a soluble powder upon exposure to fluoride ions.

“That was the first exciting thing we found,” Johnson said. “We can make pDCPD degradable while not hurting its useful mechanical properties.”

In the second phase of the study, the researchers tried to reuse the resulting powder to form a new pDCPD material. After dissolving the powder in the precursor solution used to make pDCPD, they were able to make new pDCPD thermosets from the recycled powder.

“That new material has nearly indistinguishable, and in some ways improved, mechanical properties compared to the original material,” Johnson said. “Showing that you can take the degradation products and remake the same thermoset again using the same process is exciting.”

The researchers believe that this general approach could be applied to other types of thermoset chemistry as well. In this study, they showed that using degradable monomers to form the individual strands of the polymers is much more effective than using degradable bonds to “cross-link” the strands together, which has been tried before. They believe that this cleavable strand approach could be used to generate many other kinds of degradable materials.

Looking ahead, Johnson said that if the right kinds of degradable monomers can be found for other types of polymerization reactions, this approach could be used to make degradable versions of other thermoset materials such as acrylics, epoxies, silicones, or vulcanized rubber.

The research was funded by the National Science Foundation and the National Institutes of Health, and the researchers are now hoping to form a company to license and commercialize the technology.