Plastic toy manufacturer LEGO Co. recently won an important court case in China that could open the door for companies to protect themselves against unauthorized product copies.This landmark case is t... 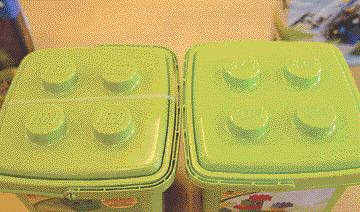 Can you spot any difference? LEGO on the left, unauthorized copy on the right.

Plastic toy manufacturer LEGO Co. recently won an important court case in China that could open the door for companies to protect themselves against unauthorized product copies.

This landmark case is the first time that the Chinese legal system has delivered a judgement that confirms protection of industrial design/applied art. In addition, according to LEGO, the judgment makes it clear that it is possible to register design protection and simultaneously obtain copyright protection in the Chinese courts.

In 1999, LEGO instigated legal proceedings against a Chinese company for having copied LEGO elements. Two courts have now ruled that copyright exists, and has been infringed by some of the elements in question. The guilty party has been ordered to turn over the relevant molding equipment so it can be destroyed.

Lego also took action to protect its brand at the Hong Kong Toys & Games Fair in early January. Threatening court action, employees from LEGO Co.’s legal department and LEGO Hong Kong forced many dealers at the fair to remove copies of LEGO products from their shelves.

According to Henrik G. Jacobsen, one of the company’s legal experts, “The past six months has seen a huge growth in the copy products, in particular from Asia. Our success with our Lego Harry Potter series immediately produced many Harry Potter imitation products.”