Being knowledgeable about the different forms of IP can help you understand what category you may have and how to best protect it. 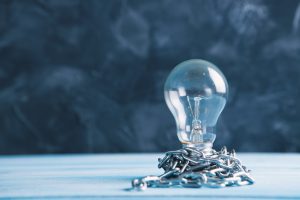 I’ve lost count of the number of times that I’ve heard the following: “I would like to patent my company’s logo;” or “Our software code is trademarked;” or “We need to copyright our new medical device.”

Many people are unable to distinguish between the various forms of intellectual property (IP). Even the media can get it wrong, as the following two stories reveal: Lamborghini Patents Urus Name Ahead Of December Reveal and Huawei patents the Mate 20 name.

IP can be thought of as legal protection for creations of the mind, and owners of such creations are granted certain exclusive rights under the law – if they take the appropriate steps to protect that property.

Being knowledgeable about the different forms of IP can help you understand what category you may have and how to best protect it.

The importance of patents

A patent protects inventions and is a limited right granted by the government to an inventor, to stop others from making, using or selling their invention for a limited time period. A patent does not give its owner the right to practice the invention – it only gives its owner the right to stop others from making use of the invention. It is up to the patent owner to monitor misuse and to enforce their rights via an infringement action where misuse is found.

Further, the making, using, selling, offering for sale, and importing of a patented invention can be blocked by other patents. IP owners should understand the landscape around their invention including any “blocking” patents.

A patent covers any process, machine, article of manufacture, composition of matter, or any new and useful improvements thereof. To qualify for a patent, the invention must be novel (be the first in the world), non-obvious (it must show inventive ingenuity and not be obvious to someone skilled in that area) and show utility (be functional and operative).

You cannot patent disembodied ideas, concepts or discoveries, scientific principles and abstract theorems, methods of medical treatment or surgery, higher life forms, forms of energy, features of solely intellectual or aesthetic significance, printed matter or computer code. A patent lasts for 20 years from the date of filing, and the invention may be used freely by anyone upon expiry.

An industrial design registration (design patent) protects the features of a shape, configuration, pattern or ornament applied to an article by any industrial process. The difference between an industrial design and a patent, is that a patent protects the functional aspects of an invention (i.e. the way an article is used or works), while a design protects new non-functional designs that appeal to the eye (i.e. the way an article looks). An article may be protected by both an industrial design and a patent. Examples include iPhone’s graphical user interface, the Oculus Rift headset, LEGO pieces, and Herman Miller’s Aeron chair. Industrial designs are very important – in 2015, Samsung Electronics was ordered to pay Apple more than $500 million in damages for infringing designs of the iPhone.

Plant breeders’ rights protects any new variety of asexually reproduced plants – other than a tuber-propagated plant or a plant found in an uncultivated state. Asexual reproduction means that the plant is reproduced by means other than seeds, usually accomplished by cutting or grafting the plant. Examples include a new colour of climbing rose or a new variety of apple. Plant breeders’ rights can only be infringed when the infringing plant has the same genetics as the protected plant.

A trademark is used in business as an indicator of the source of the goods or services offered to consumers, and therefore distinguishes a company’s goods or services from those of others. Put more simply, a trademark enables buyers to know what they are buying and be assured that the good or service is of a certain quality they have come to expect. Trademarks can come in a variety of forms, including words, logos, symbols, shapes, fonts and letters, slogans, sounds, colours, smells – even a product’s shape or its packaging. For example, the Starbucks mermaid logo is for coffee, BIG MAC is a wordmark for hamburgers, JUST DO IT is a slogan for athletic wear, and VISA is a servicemark for credit card services. In Canada, trademarks can be generated and protected through registration or use (common-law trademark). A trademark registration can last forever, as long as it is still being used, and must be renewed every 10 years.

Copyright is a form of protection given to an author of literary works (books, articles, blogs, computer code), musical works (songs, music samples), or artistic works (paintings, photographs, non-fungible tokens), dramatic works (scripts for films and dramas). Copyright also protects computer software, source code and user interfaces. It is granted the moment you create an original work in a tangible or fixed form; that is, it’s automatic and does not require registration with the Copyright Office. However, unregistered works may be difficult to prove in the case that someone else uses or steals your work. Furthermore, you can only file a copyright infringement lawsuit if your copyright is registered.

To illustrate the importance of copyrights, Pharrell Williams, Robin Thicke and T.I. were ordered to pay $5.3 million and royalties to the Marvin Gaye family in 2015 after a jury determined that their song “Blurred Lines” essentially ripped off Marvin Gaye’s 1977 hit “Got to Give It Up.” In Canada, copyright exists during the lifetime of the author and for 70 years following the author’s death. The term cannot be extended or renewed.

A trade secret protects know-how, or any confidential business information which provides a company a competitive edge. Examples of trade secrets include sales methods, distribution methods, consumer profiles, advertising strategies, lists of suppliers and clients, social media connections (i.e. LinkedIn member contacts), technical designs, chemical formulas, and manufacturing processes. Some of the more notable trade secrets include the formula for Coca-Cola, WD-40 lubricant, or SpaceX’s rocket designs and spacecraft control systems. Registration for trade secret protection is not required. Generally, to have and protect a trade secret, the information must (a) have commercial value, (b) be secret and (c) reasonable efforts must have been made to keep the information secret. Trade secret protection can be perpetual, so long as the secret is kept so. Theft of trade secrets and industrial espionage is rampant in business. For example, in a lawsuit filed in July 2020, Tesla alleged that Rivian, a maker of electric pickups, stole trade secrets from them by poaching former Tesla employees and instructing them to divulge confidential details of Tesla’s proprietary battery technology.

Tony Sabeta is a Partner of Aird & McBurney and is a registered Patent Agent in Canada and the United States. He is a Director of Aird & Berlis’ Startups Group.